The Cherokee Jazz & Blues Festival is a fun way to fight the winter doldrums in snowy northwest IA, and I go whenever I can (heck, I was even a part of a band that played on the pub crawl, once upon a time). Nowadays, I mostly go to hear good music, see good friends, and take random pictures of cool stuff.

This year so far, I have to say that one of my favorite things about the Friday night pub crawl was getting the chance last to hear Katy Guillen & the Girls, a roots rock original act out of Kansas City. They are a tight trio, putting out a lot of amazing sounds, and they’re as fun to watch as they are to hear. 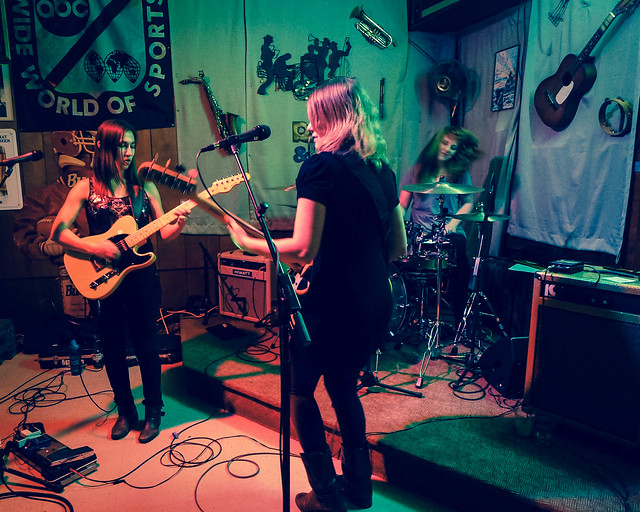 What I like best about them as a live act, though, isn’t reducible to their (admittedly MAD) skillz. No, what I love about their live show is that it is ultimately so damn joyful. 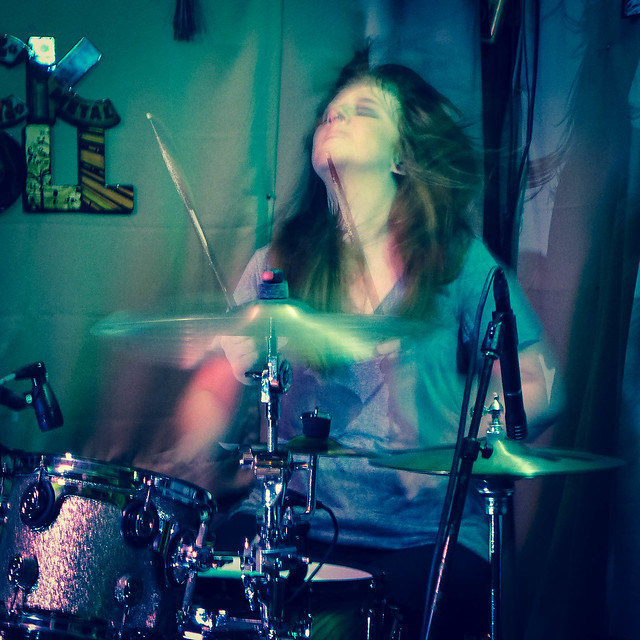 When I say that their act is joyful, I don’t mean that everything they sing or play is done with some sort of pasted-on cheer, or that they are always making happy faces, or anything like that. No, what I mean is that this is clearly a group that plays and practices together well, and it shows in their playing. They are so clearly playing together, rather than happening to all play at the same time, and it is blissful to watch. 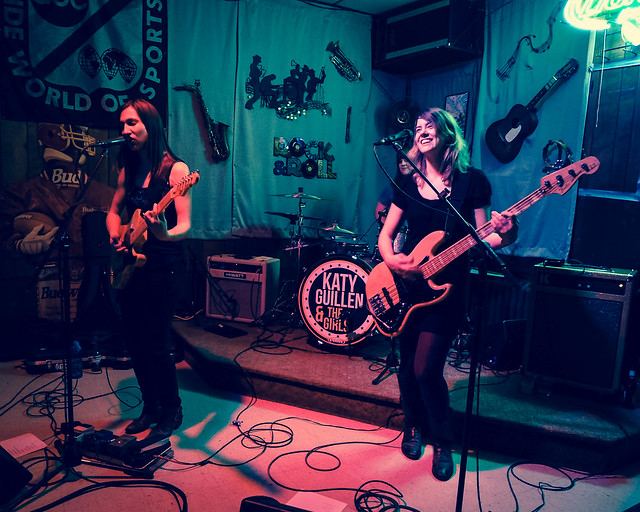 It’s really infectious — they are having such a good time, it’s hard not to dance! As difficult as it can be (especially early on in a set) to get boots on the floor rather than butts in seats, the task is made a lot easier bif the audience gets the sense that the band isn’t just playing by the numbers. This is the kind of band who can get away with doing a bar gig made up mostly of originals rather than covers, precisely because of the way they play. (It also helps that their originals are so much fun — this is the kind of rocking stuff that bar crowds live for, even when they don’t know the tunes). I was really happy that their sound was so clear and well balanced — no feedback, no cranked mics, no painful stage volume, just a good, tight, rocking little trio that filled that space with sound.I t was a pleasure to hear (although I did break out the noise-filtering earplugs last night, because I was standing in some LOUD spaces).

Also, not gonna lie, it was wonderful to see an all women, all the time rock act. I’ve been The Girl in bands before, and the dynamic is very, very different. 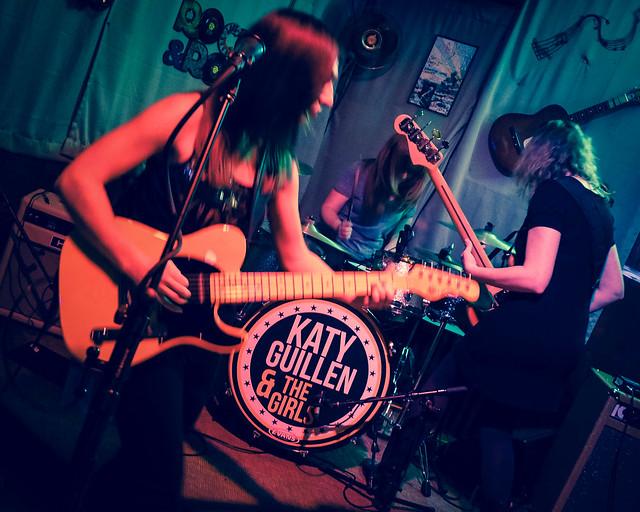 Looking forward to tonight (assuming I can get all of my work done in time to go)! I’ve got a load of stuff in the ol’ Flickr stream, and hopefully more to come! In the meantime, you should show some love (and give some of your money) to KG & the Girls over at Bandcamp