This is how it’s done, y’all

Witness the true power of a fully operational lorgnette, wielded by a master of the art: 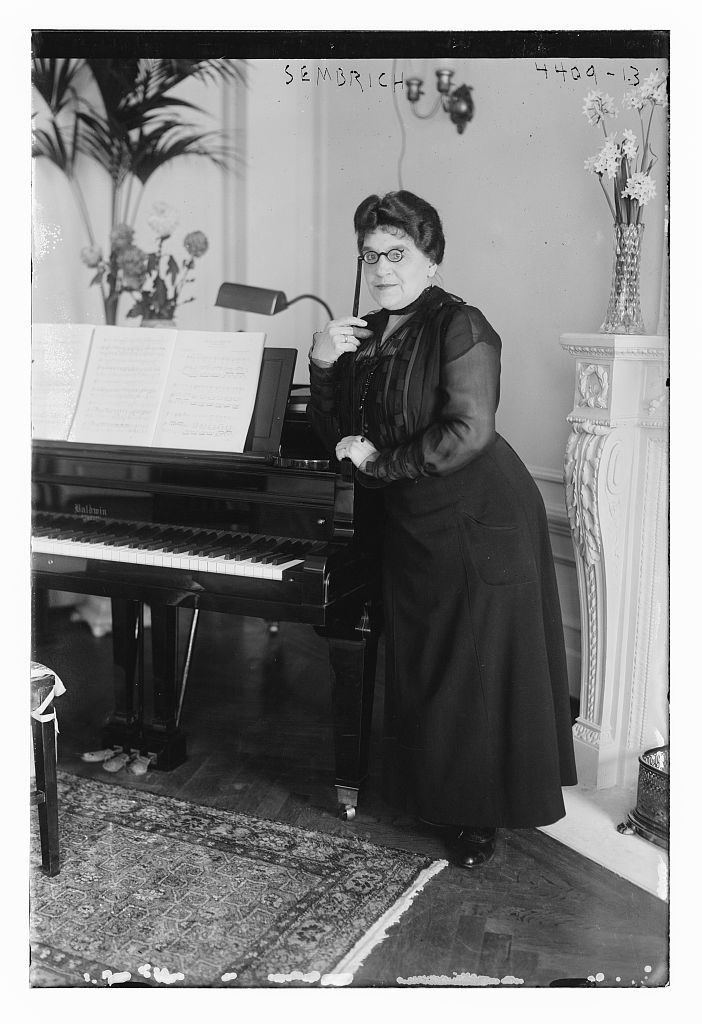 The lady pictured here is Marcella Sembrich, a well-known Polish coloratura soprano who graced major international opera stages from the late 1800s until she died in 1935; this photo was probably taken sometime between 1915 and 1920. She is rocking that lorgnette like a boss.

The lorgnette is a sort of fashionable compromise — it permits a person whose vision needs a little boost to see things more clearly, but unlike a pair of over-ear spectacles or a pince-nez (which are designed to be worn) the lorgnette is more easily used only at need.  It leaves one’s makeup largely undisturbed and allows an unimpeded view of the user’s visage most of the time; a lady concerned for her appearance who does not want her face obstructed and malformed by lenses and frames may use the lorgnette as she wishes.

It also becomes a gestural tool, a way of making the incidental improvement of one’s eyesight into a signal to others about one’s attitude toward the things one uses it to see. One can wield a lorgnette in ways that signify enthusiasm, humor, disdain, disapproval, annoyance, and a number of other expressions, with the lorgnette itself serving to emphasize the thing signified.

Madame Sembrich (her stage name) uses hers here with a sort of arch humor, making the photograph a sort of amusing intrusion into the practical business of her day. Note what looks like a page-turning sheath on her finger — she has her lorgnette in place, so the image seems to imply, to do the work of reading her score (there on the piano). Her gaze and her mouth suggest a lively good humor about the whole thing. One imagines her, sometimes, snapping that lorgnette into place for a withering glare at someone playing or singing out of tune.

Here’s a sample of her singing: a bit from Lucia di Lammermoor, an opera for which she was particularly well known, recorded circa 1906.

Deaccessioned philosopher. Occasional Musician. Academic librarian, in original dust jacket. Working to keep my dogs in the lavish manner to which they have become accustomed.
View all posts by L. M. Bernhardt →
This entry was posted in Library of Congress Flickr Stream MAGIC, photography, Uncategorized and tagged aesthetics, Flickr, lorgnette, Marcella Sambrich, opera, photography. Bookmark the permalink.
%d bloggers like this: