How To Work A Hat

Today’s trip to the Library of Congress Flickr Stream is instructional in nature, with particular regard to applied haberdashery. Your instructor in the fine art of hattery today is the brilliant Luisa Tetrazzini, late 19th/early 20th Century coloratura soprano and generally cheery sort of person. 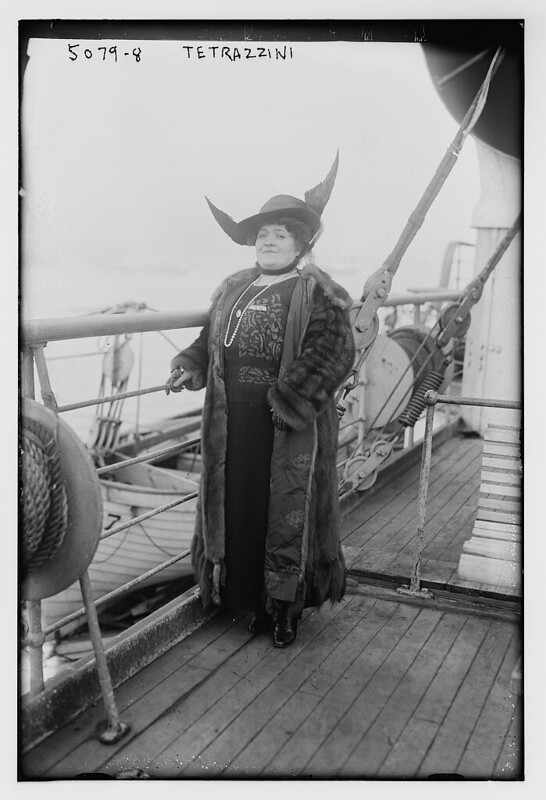 That is how you wear a hat, friends. Tetrazzini-style: Like you’re brilliant and you know it, but you don’t care, because the thing you’re brilliant at is really just the thing you love to do. That is the hat of a woman who lived a big, loud, exciting life, worn just as it should be. The woman who chose that hat knew how to make an entrance, and she knew how to hold an audience. 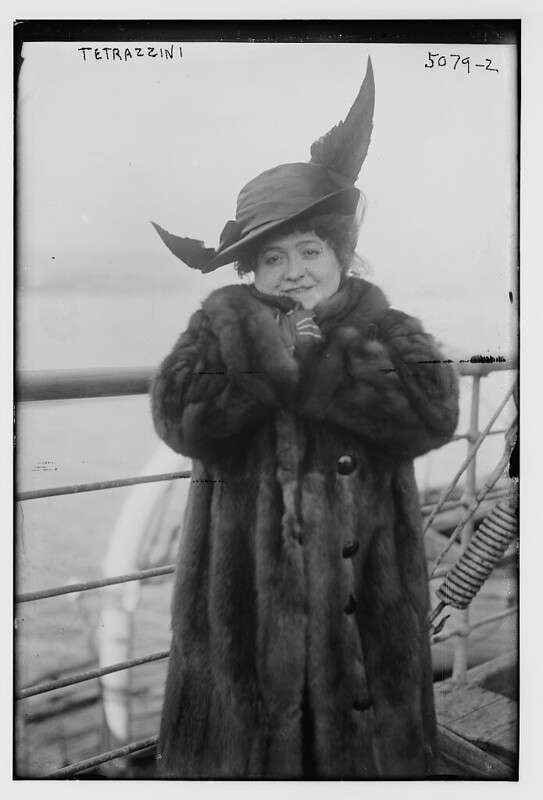 Her life was not always easy, either personally or professionally. She got into any number of contract disputes with a variety of financiers and sponsors, including Oscar Hammerstein (with whom she was under contract in New York). Amid her legal battle with Hammerstein, she actually performed a free street concert in San Francisco, famously saying that “I will sing in San Francisco if I have to sing there in the streets, for I know the streets of San Francisco are free.”

Toward the end of her life, ill and much poorer than she should have been, she was still the same diva in the winged hat: “I am old, I am fat, but I am still Tetrazzini.”

Deaccessioned philosopher. Occasional Musician. Academic librarian, in original dust jacket. Working to keep my dogs in the lavish manner to which they have become accustomed.
View all posts by L. M. Bernhardt →
This entry was posted in Library of Congress Flickr Stream MAGIC, music, photography, Uncategorized and tagged hats, Library of Congress, Luisa Tetrazzini, music, photography. Bookmark the permalink.

1 Response to How To Work A Hat