Still Spectacular After All These Years

Every year, the little town I live in throws a big ol’ 4th of July parade, and every year it serves as another example of how little towns live, grow, and change.

It invariably begins with the patriotic past, and history is threaded throughout: old army vehicles with an ever-dwindling population of WWII, Korea, and Vietnam veterans riding them, a museum collection of old Farmall and Deere tractors, antique cars, and antique fire trucks. 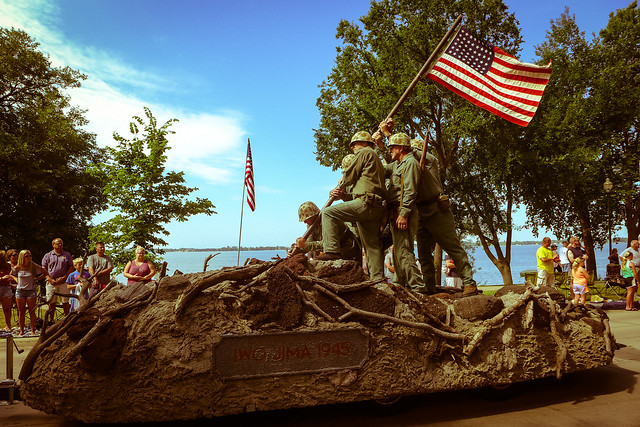 The Iwo Jima memorial float made (I think) its third appearance this year, built and manned by the Ida Grove (IA) American Legion post, and it remains the most impressively constructed actual float in a parade that typically features much simpler entries (including “random truck with a sign on it,” a perennially popular form of expression). 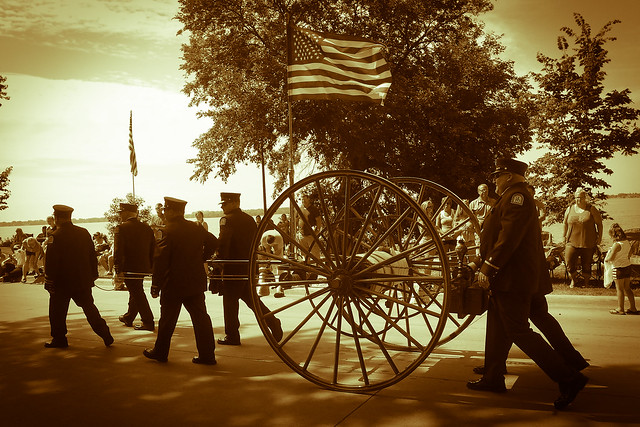 This year, in addition to driving its shiny antique truck, the Storm Lake Fire Department marched in uniform with an antique hose rig, suitably flagged. 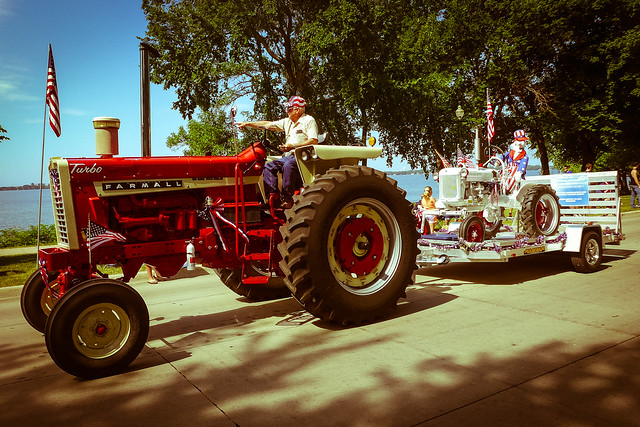 Of course, one way you know you’re in a rural town is if your parade features tractors pulling other tractors. This is just a simple twofer — I wasn’t able to capture a picture this year of the guy who shows up pulling more than thirty (in ever-shrinking size, down to a really teeny toy). 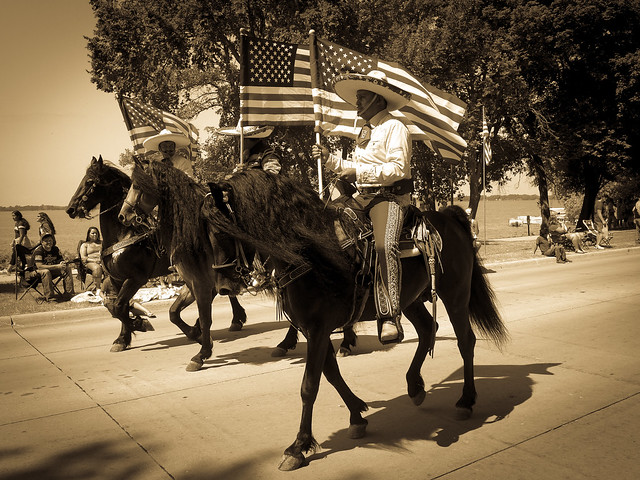 Every year, there are marvelous charreria riders, marching with big smiles and big flags and magnificently well-trained horses. Storm Lake is, in its way, the demographic future of the rural midwest and west — driven by immigrants from everywhere, but especially notable for large Latinx populations that came to town for the agribusiness jobs and stayed to build lives beyond the Tyson plant. 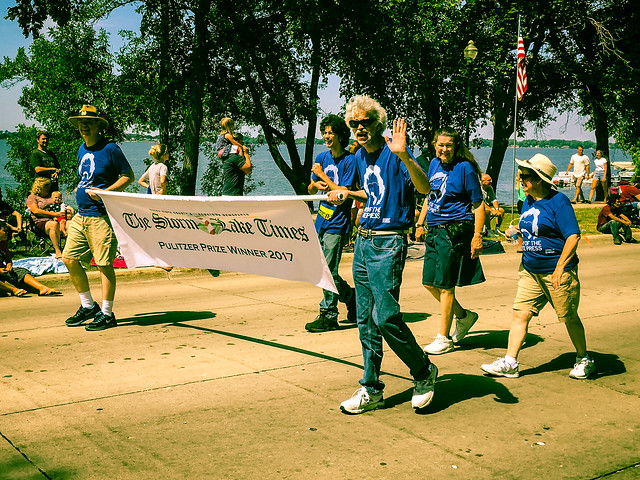 This year, we were lucky enough to get to celebrate a special entrant: our very own Pulitzer Prize winner, Art Cullen of the family-owned, family-run, and totally local Storm Lake Times. I like to think of this as another move in the direction of a different possible future for the rural US — and it certainly tells a different (and much richer) story of midwestern small-town life than the recent barrage of post-election thinkpieces about rural Trump voters and working-class white people. Storm Lake is not nearly as simple as it looks to an outsider who wants to make a point with a color-coded map, and it is not an outlier in its complexity. This is, ultimately, what a study of the parade reveals, every year.

Deaccessioned philosopher. Occasional Musician. Academic librarian, in original dust jacket. Working to keep my dogs in the lavish manner to which they have become accustomed.
View all posts by L. M. Bernhardt →
This entry was posted in Storm Lake, Uncategorized and tagged 4th of July, parade, Pulitzer, Star Spangled Spectacular 2017, Storm Lake Times. Bookmark the permalink.

2 Responses to Still Spectacular After All These Years